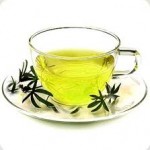 The Chinese have known about the benefits of green tea for over 4,000 years, using it to treat everything from depression to headaches, and everything in between. It’s no secret that everything you hear on green tea has always been positive, and with endless studies from reducing cholesterol, rheumatoid arthritis and cardio vascular disease it’s no wonder.

Green Tea contains approximately 100-300 milligrams of flavonoids per serving, depending on the type of tea. Flavonoids are dietary compounds found in tea and other foods such as wine, cocoa, fruits and vegetables. The main type of flavonoids found in tea are catechins polyphenals, particularly EGCG (epigallocatechin gallate). EGCG is a very powerful antioxidant that inhibits the growth of cancer without harming healthy tissue. Because the green tea variety is less processed, it contains more catechins than black tea or oolong tea does. Therefore green tea and green tea extracts have received the most research regarding possible health benefits. Catechins found in green tea are more powerful than vitamins C and E and can stop oxidative damage to cells and appears to have other disease fighting properties.

Green tea can also contain anywhere from 2% to 4% caffeine or about 10-80 milligrams per cup. (For reference, a cup of regular coffee contains 95 mg of caffeine, while 1 oz. of dark chocolate contains 23 mg.). The American Journal of Clinical Nutrition published a study in 1999 on the link between caffeine and green tea amongst dieters. Those participants who were given caffeine and green tea extract together burned more calories than those given just caffeine or a placebo.

• Improves mental alertness because of the caffeine content it has. Green tea and other caffeinated beverages can also help maintain alertness and cognitive ability when used throughout the day.

• It’s been speculated that caffeine and the catechin EGCG may act together to increase fat oxidation (fat burning). Green tea contains high levels of norepinephine (the fat-burning accelerator hormone) along with manganese, Selenium, chromium and zinc. It’s a natural metabolism booster, especially during workouts where you can increase your fat burning by 17% during a half hour cardio set.

• Green Tea has been researched to help speed postworkout recovery, burn belly fat and aid in muscle repair. I stumbled upon a report that said drinking 3 cups can help burn 80 calories a day alone. EGCG can also induce the breakdown of fat stored in our fat cells. I’d recommend drinking green tea with lemon. Antioxidants can be lost through digestion, but lemon and lime help increase absorption.

Worried you won’t like the taste of green tea? That’s okay, they make supplements in pill form that have the same health benefits. You will find though that green tea comes in a lot of different flavors now- like passion fruit, peach, acia and blueberry. Comment below and let me know what you think if you decide to go out and try it.