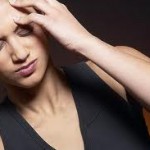 Caffeine withdrawal is no laughing matter – it can be a very unpleasant experience. If you’re like me, you’ve probably tried to stop drinking soda (regular or diet) and/or energy drinks a handful of times before, only to be defeated by the withdrawal symptoms. Giving in was so much easier than putting up with the grueling headaches, lethargy and lack of concentration – just to name a few. If you use caffeine regularly before working out, you might notice that when you decide to stop consuming caffeine your motivation for working out diminishes tremendously (I don’t know many people that can get a good workout in with a pounding headache). If you or someone you know are struggling with quitting, I’d recommend reading ahead.

What Exactly is Caffeine?

The word “caffeine” comes from the German word kaffee and the French word cafe, both of them meaning coffee. Within 30 – 45 minutes of caffeine being ingested it is completely absorbed into your body, and usually takes about three hours to fully diminish out of your system. No matter how much caffeine you consume, it’s always excreted and never accumulates. Caffeine is considered one of the most commonly used psychoactive drugs in the world. It is a stimulant found naturally in leaves, beans and fruits of over 60 plants all around the world. The most common sources in our diet might include cocoa beans, tea leaves, coffee, colas and energy drinks. Everyone uses it – from athletes, students, waiters and those who work the third shift. Approximately 90% of all adults consume it on a daily basis, and research is still being done to this day to educate us on both the benefits and consequences. According to the Food and Drug Administration and the American Medical Association, low to moderate intake is 130mg – 300mg per day, moderate intake is 200mg to 300mg daily, and high doses are above 400mg per day.

If you feel like you can’t function, focus or perform daily tasks without having caffeine, you may have a caffeine dependency. If your indulgence is becoming more like a craving, you should probably cut back before it gets worse. For those sensitive to caffeine, the stimulant can cause a short-term rise in blood pressure, anxiety and rapid heart beat. Consuming as little as 100mg of caffeine once a day (half a cup of coffee) can cause a physical dependency. If you find yourself “moody” when you don’t have it or get any of the symptoms above, you might not want to hear it, but you (and your body) are probably dependent on caffeine.

Don’t worry, there is light at the end of the tunnel. Most of these symptoms only last for a few days to a week (depending on how much and how long you’ve been consuming it), and once you get over the detox symptoms you will feel so much more clear headed and proud that you finally kicked the habit. After nine days the body is considered no longer addicted to caffeine (was I relieved after I found this out). The best way to get over these symptoms is to cut back slowly. Quitting caffeine “cold turkey” can actually make withdrawal symptoms substantially worse. Cutting out half the amount that you’re used to consuming is a good approach, along with incorporating more decaffeinated coffee, tea or cola to your regular caffeinated choice. If you get the most common withdrawal symptom, a headache, an over the counter pain reliever, such as acetaminophen or ibuprofen can help a lot. Just read the label and make sure caffeine isn’t in the ingredient list. Allow yourself extra down time during the first week, as this will help with the fatigue and irritability.

After reading this, do you feel like you have your caffeine consumption under control? Have you tried to quit before? Let me know what did and didn’t work for you when you decided to quit. Leave me any advice or comments below. 🙂