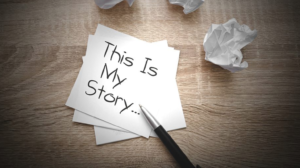 Today marks four weeks since I removed my silicone breast implants. I have so much that I want to update you on, but before I do…

let me start from the very beginning.

I was 23 in 2006. For four years I wanted to get breast implants. I honestly thought they’d make me happier, more confident and more attractive.

At this time in my life, from an outsider perspective, I was happy and confident. But inside I was insecure, scared, lost and unfulfilled in pretty much every area of my life.

So in November 2006 I decided to go ahead and have the procedure to get implants.

This is when everything changed.

But not right away… over the course of years.

Even with my implants, I was still:

They did nothing to make me feel whole or confident. Nothing.

In 2007 I was 25 and a newly certified Personal Trainer through NASM. I was heavily into fitness – obsessed really. I was also an aspiring fitness competitor. And do you know what 99% of fitness competitors have? You guessed it – implants.

Fast forward a few years, in March of 2010 I met John and in July of 2011 we had Connor… this is when things slowly started to go downhill.

I chalked up the extreme fatigue, moodiness/hormonal, low libido and brain fog to just having a baby, being a new stay at home mom and a bored house wife who’s copped up in an 800 sq. ft apartment all day with a newborn.

I can’t even tell you how many arguments John & I got into because I was too tired to go anywhere, I was too tired for sex, I was being a cranky b%*@# and I was forgetting everything. It’s a miracle we’re still together.

In September of 2014 I competed in a fitness competition – my second one in a year.

This is when things started to go downhill, FAST.

The next month, October 2014, I had a lymphnode in my right armpit get extremely tender and swollen. At first I thought I pulled something in the gym, but one night I noticed in the bathroom that it was in my armpit. When I stretched the skin, you could actually see what looked like a small olive in my armpit. Kinda between my armpit and right breast. I freaked!

I went to my gyno that week to show her. She felt it (ouch) and said something along the lines of “it feels like a lympnode, if it goes away and then comes back then go see a doctor“. She didn’t seem alarmed or concerned at all about it so I didn’t either.

About a week later it went away. Sigh of relief. But not for long.

The next month, December 2014, it returned. I really started to freak out.

This is when I began researching everything I could about lymphnodes and the lymphatic system. Something had to be reacting to my lymphnode. Lymphnodes don’t just flare up for no reason.

This is also the time when my extreme anxiety/depression bouts and massive hair loss began, and all my other symptoms (extreme fatigue, hormonal/moodiness and brain fog) started accelerating.

I was waking up with so much anxiety and a sick stomach every morning that I’d have to go for a walk around the block and sip on ginger tea as soon as I woke up to calm my body down. Something I’ve NEVER experienced before.

I remember my anxiety and depression was so bad that on December 31st 2014, as we were out celebrating the new year, I thought to myself “this is going to be the last time I celebrate a new year.”

I even thought I might have cancer – lymphoma &/or breast cancer because I found lumps in my right breast in January 2015 (that’s an entirely different story) and where my passion for detoxing, toxins and holistic health sparked.

I was losing sooooo much hair in the shower and in my brush that it startled the crap out of me. How am I not bald?

In 2015 I was given antibiotics, antiviral medicine and anxiety pills like it was candy. Nobody ever thought to ask me if I had foreign objects in my body. And I was told “they’re safe” back in 2006 so I never even thought to consider them.

*consistently dealing with this each day/every month

Over the course of  the following years I learned how to live with these symptoms. They became apart of me. I forgot what the old me, the real me, felt like or who she was.

In early 2017 a few more symptoms showed up:

12 symptoms now at this point.

Lucky for me, 2017 is the year I discovered BREAST IMPLANT ILLNESS.

What in the world? Tens of thousands of other women who have my EXACT same story and symptoms. Oh-Em-Gee.

This was both scary as crap and exciting!

I found the root cause.

I want to share with you what’s changed and also a message.

Being able to move without pain, inhale a deep satisfied breath, make it through the day without feeling tired, see and think more clearly, and watch my hair and skin produce oils again has been life changing. I’m 35. Everything I’ve gone through should not happen to a young 30-something.

You can not convince me that breast implants are 100% safe.

It’s not a coincidence that as soon as I get my implants removed 90% of my symptoms (symptoms I’ve dealt with for four years) are gone. Not kinda gone – 100% G.O.N.E.

Getting my implants removed was the bravest thing I’ve ever done. I’m at a place in my life where 1. I just want to feel healthy, 2. I love my body just as it is, and 3. my health comes first.

Who am I to teach others about health and self-love if I have breast implants? That did not feel aligned or authentic to me.

In March 2017, the FDA finally issued a warning that breast implants cause BIA-ALCL cancer, a cancer of the immune system.

It does not matter if you have silicone or saline implants, they’re both toxic.

Both saline and silicone implants have over 40 known toxins, impair the immune system and release toxins because the shell deteriorates and breaks down over time.

Here’s my message to you,

Breasts do not make you “more womanly” – whatever that means.

You’re beautiful, just as you are.

You are enough, just as you are.

You are more than your breast size.

Having confidence has nothing to do with your looks or breast size.

You are deserving of love, respect and recognition, right now, as you are.

It’s time to put yourself first. Fall in love with your body. Respect your body. Embrace your body. Be patient with your body. Nobody is supposed to make you happy or tell you you’re beautiful – that’s something you give and tell yourself.

Resources to fill your mind and heal your body: